We are constantly studying the manufacturers of security systems and solutions that could protect the apartments and houses of our customers. This time, the Alfawise wireless GSM signaling kit was kindly provided for testing by the famous online store GearBest.

The set arrived packed in a box with neat packaging of the devices in separate protective canisters. As shown by testing, a long move from China to him absolutely did not hurt, except that he slightly crushed the packing box. 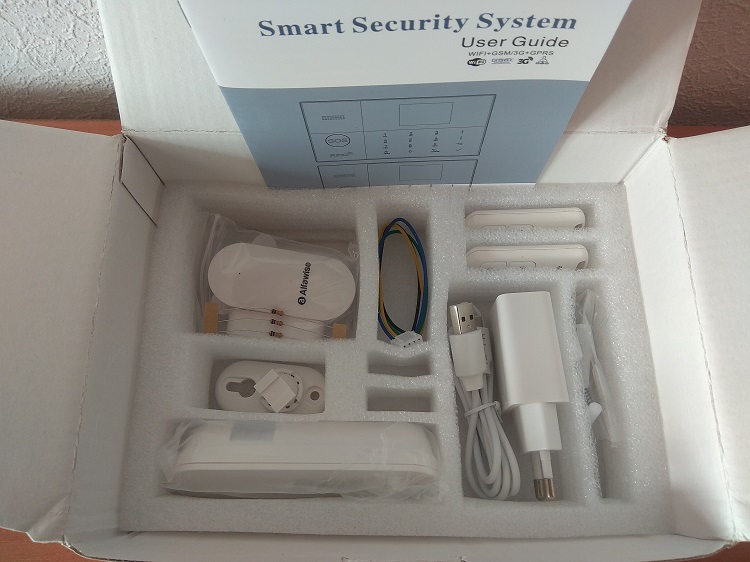 The minimum set includes: a base unit with a control panel and a built-in siren (central), 1 motion sensor, 2 opening sensors, 2 trinkets, a power supply adapter for the control panel, a mounting kit, a connector for connecting wired sensors (with terminal resistances) and instructions on English language. 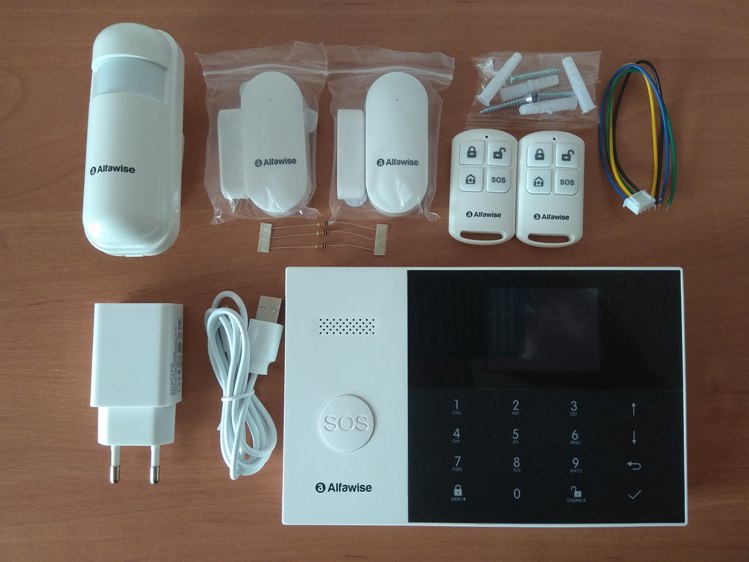 On the front side of the control panel is a backlit keyboard, LCD screen, speaker and SOS button. 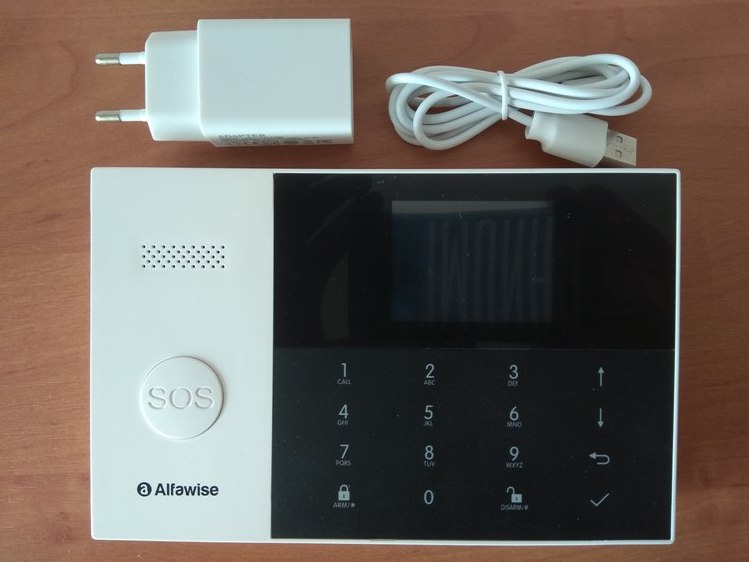 On the rear panel of the control panel there is a fastening panel and a cover for accessing the internals. There you can connect the connector of wireless sensors, power cord, external siren, as well as insert SIM-cards and activate the built-in battery. 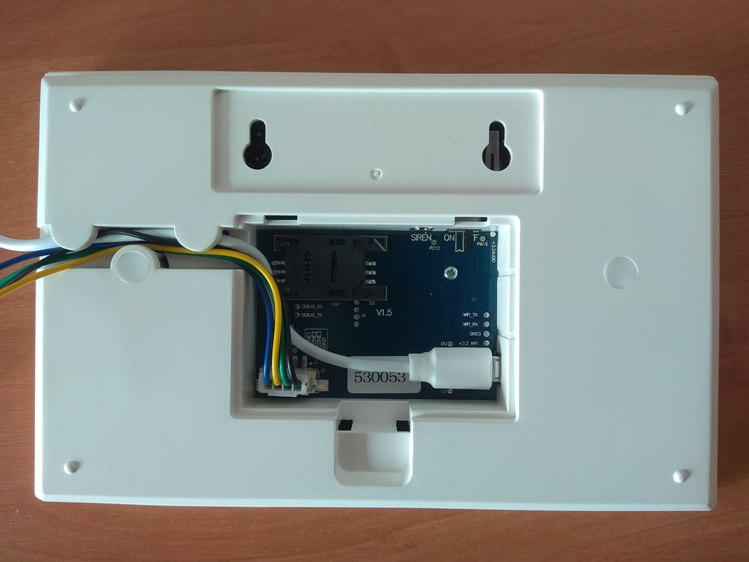 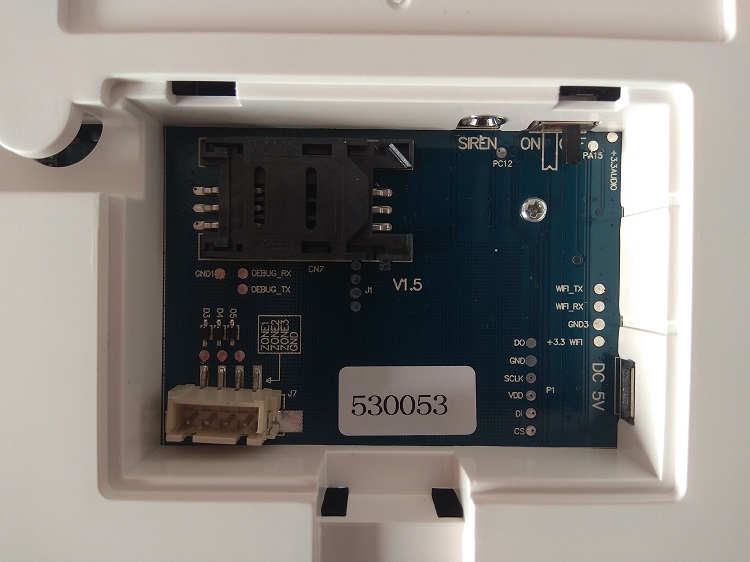 All system configuration, including sensor configuration, is done from the control panel keypad. The user manual provides a fairly detailed description of each procedure, so we will not repeat them here – it’s not a problem to figure it out for yourself. No special knowledge and skills are needed, given that you can set the Russian language in the settings and continue to work with it.

To connect sensors and other devices, you need to go to the appropriate menu item, select the sensor type, mode of operation (instant arming, delayed, permanent), set the sensor number in the system and turn on the sensor power supply. After 30-40 seconds, the control panel finds the sensor and writes it to the system.

One of the useful functions of the control panel is the schedule for arming and disarming. It is very convenient if you suffer from forgetfulness or a houseworker comes to you at a certain time.

Motion sensor based on PIR-sensor. It is powered by two AAA batteries. In the basic set of 1 piece. 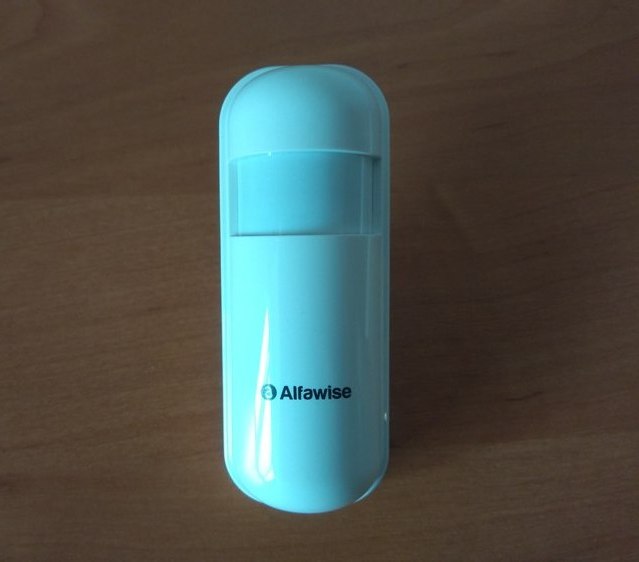 Normal reed switch with a wireless unit. In the basic set of 2 pieces. 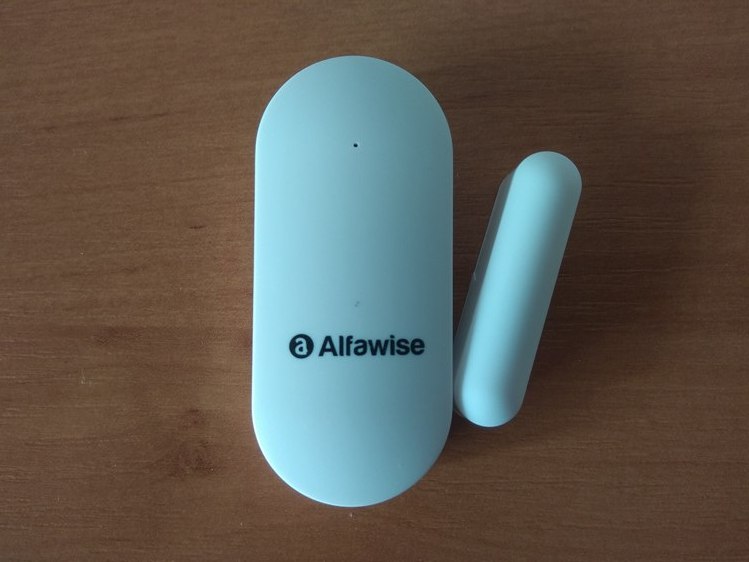 Keychain for remote control alarm. In the basic set of 2 pieces. Range up to 100 meters in open space. It has a panic button. 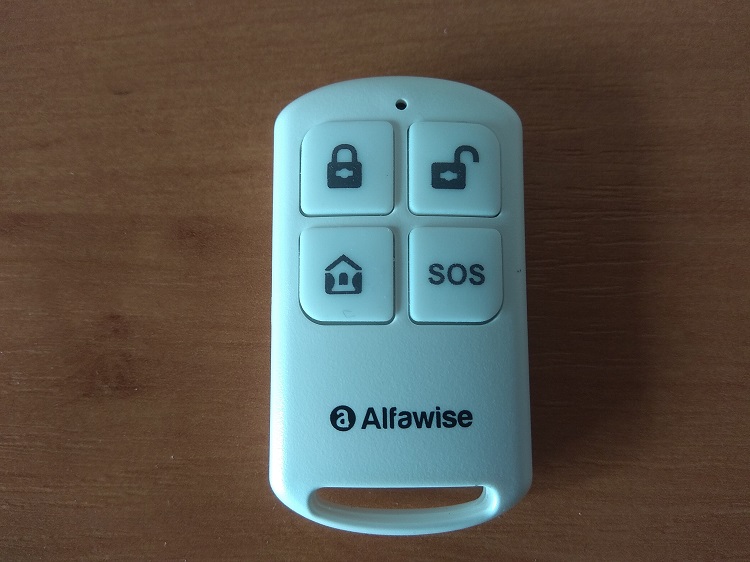 Alfawise alarms were installed by a second (redundant) system in the office. Considering that their working frequencies are different, they absolutely did not interfere with each other. At the same time, we closed some of the weak points of our first system, for which we had plans for a long time, but somehow we didn’t reach our hands. For example, they “closed” the kitchen with a motion sensor, put a duplicate opening sensor on the second entrance door (we have a double door) and installed the opening sensor on the director’s office (as an option, they thought to put it on the safe, but somehow did not fit into the interior).

The alarm is controlled by the EasySecurity application. It works via Wi-Fi and mobile network.

Download, install, register. In order for the application to work with the control panel, you need to register a phone number to it in memory. Total takes up to 5 phones. 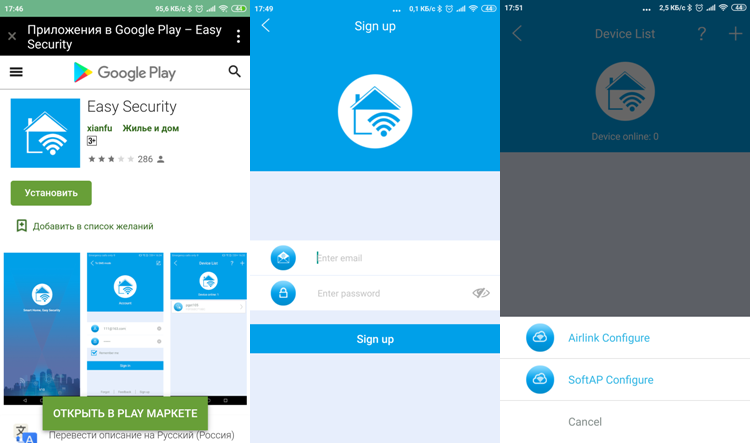 Go to the device configuration (connection to Wi-Fi). Use for this Airlink Configuration. The application requests a network and password, connect to them and offers to choose a connection method. Choose the first – through the panel. Then go to the menu section of the central Wi-Fi and run the search. After a few seconds, the devices docked and the control panel appeared in the list of devices connected to our Wi-Fi network. Now you can work fully. 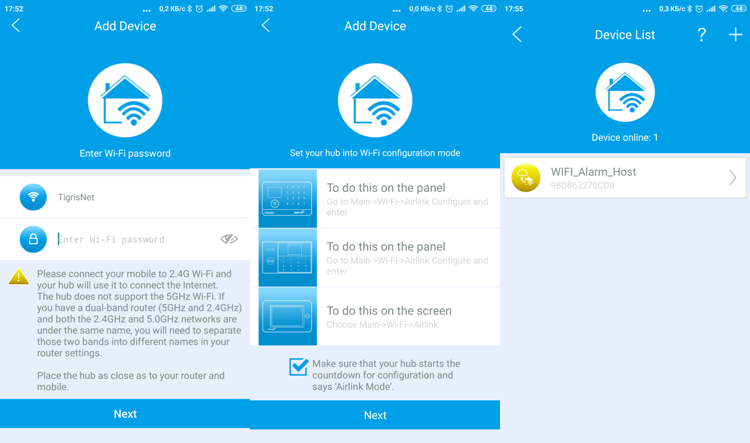 Although the application does not work with anything special. Only arm / disarm and view notifications. 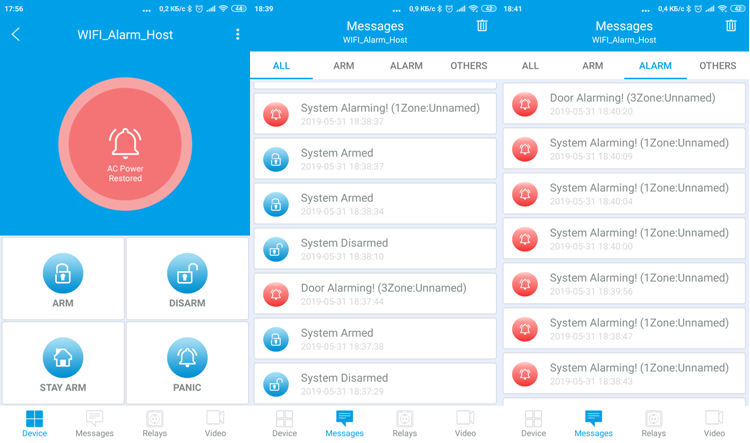 Test workouts passed without problems. The alarm system is armed from the application, from the remote control and from the control panel. Also with all these devices and disarmed. When arming / disarming, the central in Russian reports its status through the speaker.

Sensors respond normally. The siren on the control panel starts yelling for a second. The app also includes a siren on the phone when a push alert notification arrives. So skip the workout is quite difficult. 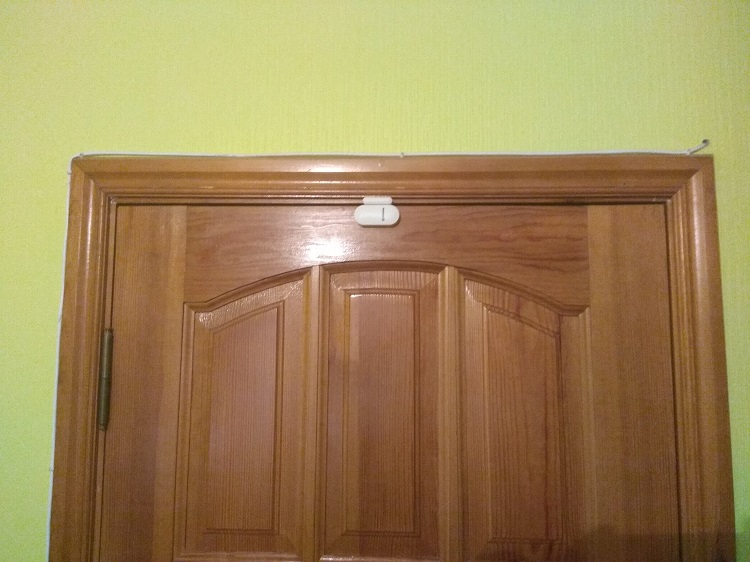 That, however, does not prevent him from working.

Motion sensor was resistant to pets. Tested on a visiting dog of medium size (about 50 cm at the withers). Man catches without problems. Swinging curtains did not bother him. They put a heater in the middle of the room and turned it on for 15 minutes (the staff went on strike for a longer time). There was no reaction to the fixed heater. When pulled his lace – the sensor worked.

The overall impression is confidently working in the indicated ranges of visibility and range. Detection of a person in the room begins with the second or third step. After another instant, the siren on the control panel is triggered and with a slight delay – the siren on the phone. There were no false positives for two weeks of operation – our working refrigerator in the kitchen is under reliable protection.

Alfawise alarm perfectly fulfills its direct function – the protection of the object. At the same time, there are disadvantages and advantages.

There are significant advantages:

Alfawise alarm is suitable as a budget option for apartments and small offices. Perhaps, as a duplicate system that can unpleasantly surprise intruders if they manage to cope with the main one. With a sufficiently broad functionality, reliability and a set of sensors, its value pleasantly surprises.