Ukrainian company Ajax Systems has released an updated version of the OS Malevich 2.7 firmware for its Hub and Hub Plus smart control panels, which have added new features needed by customers and security companies. The new version of the firmware is designed to increase the protective potential of security systems.

SIA protocol for communication with the Central Monitoring Station

Unlike the Contact ID protocol, the SIA protocol sends messages directly, and there is no need to use Ajax Translator, a program that converts alerts into a standard form for security remote control software.

Now users will be able to use Ajax products for remote protection of their own property, because the using of the SIA protocol ensures the compatibility of security alarms with most security consoles. Also, when using this protocol, encryption according to the AES – 128 can be activated, which will allow for maximum protection of information transmitted to the security panel. 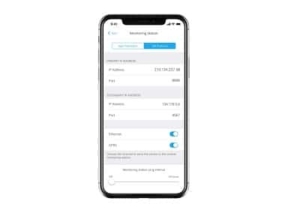 Updating of the internal software Malevich 2.7 will allow owners of Hub Plus to add up to 99 users. Nevertheless, functions such as restricting accounts access to the specific groups, viewing fragments of video from surveillance cameras, disabling the alarm button, setting a specific type of notification, or they complete shutdown, remained unchanged. For control panel Hub, the number of users remained the same – up to 50.

New firmware Malevich 2.7 allows you to create a real video surveillance system, becase the number of cameras that can be used with Hub and Hub Plus hubs will increase from 10 to 50. Nevertheless, if combine the system with the Dahua DVRs, this number can be raised depending on the specifications of the equipment used for video surveillance.

In case of loss of communication with the control panel, the Ajax Cloud service will raise the alarm and will be sent alarm notifications if the hub loses the connection to the Internet through all possible channels: wired Ethernet and wireless 2G / 3G, Wi-Fi. Thus, the system owner and security company specialists will be informed about the incident and will be able to immediately react if the alarm system is sabotaged by criminals.

All users and the owner of the security alarm system will receive on the phone an alarm text message or a push notification with a siren sound, the similar message will be highlighted in red in the Ajax Security System mobile application event log. 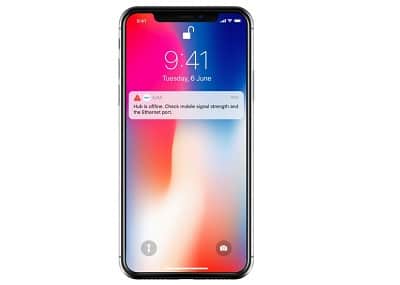 With the new firmware OS Malevich 2.7 for Ajax hubs, users now have the opportunity to assign the owner of the key fob SpaceControl, who controls the security modes of the premises, while don’t turn on the “Groups” mode.

All manipulations with key fob will appear in the message log with the SpaceControl key fob username displayed of.

In the new OS Malevich 2.7 update, the connection and disconnection of the external power source of the MotionProtect Outdoor wireless outdoor detector will be shown in the message log and the owner and users will receive on their smartphones sms or push notifications informed that what is happening.

Ajax Hub Plus: the replenishing a products line by a wireless intelligent control panel of the new generation