Changing the face of surveillance: The brains behind the first network camera

There’s no proven formula to success. But on a closer look, great inventions and innovation have a few things in common: Enthusiastic and engaged people with an idea, an incentive and good timing. These factors were also the base for the invention of the first Axis network camera. And it all started with a journey to Japan….

A time travel to the beginning of a revolutionary idea 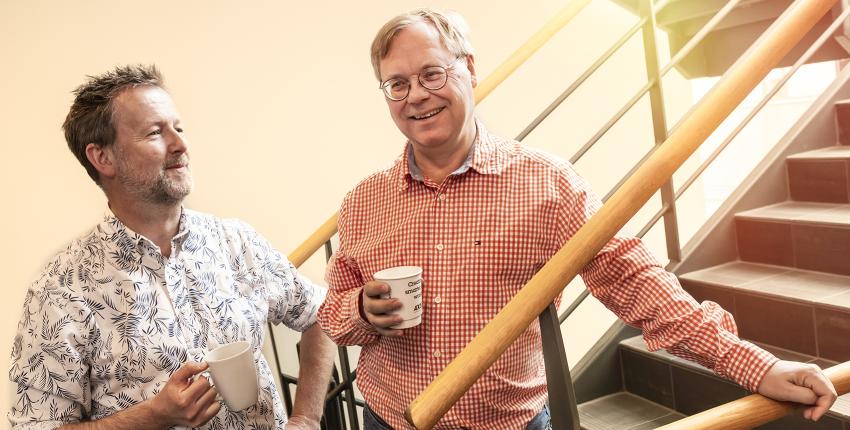 Let’s jump back to a day in the early ‘90s when the seed to a great idea was planted: Martin Gren, the co-founder of Axis, was on a business trip in Tokyo to meet potential customers. One of them turned out to have an inventory of analog cameras that were rather difficult, if not impossible to sell. Knowing that Axis had experimented with technology that made networks smarter, he asked Martin if it was possible to attach them to a network. Martin Gren saw the potential and the idea started to sprout.

What he didn’t know then was that an Axis engineer named Carl-Axel Alm, was in the process of developing a prototype of a network video conference system. When Martin came back from Japan with his new idea and saw what his colleague was working on, he realized that they weren’t far away from turning this from an idea into reality. But instead of using the technology for a video conference system, a sector where he didn’t see Axis doing business in the future, Martin suggested using the new hardware to create a network camera.

When talking about the realization of a network video camera that receives control data and submits the recorded images via the internet, it is important to remember that this whole development process happened before the world wide web was commonly known. It was mainly used by network engineers and specialists. The team, therefore, had to build the product in line with the technology that was available at the time. Looking back at the situation at the time, Carl-Axel explains:

“If you had a really nice boss, maybe you had a modem and a 200 MHz computer. The performance was slow, only one frame every 17 seconds (or 3 frames per minute). So the products we did were in parity with the available technology at the time.” and Martin adds: “We built the product only because we could, not because we saw a market for it”.

Finally, on the 17th September 1996 in Atlanta, just after the Olympic games, the hard work came to fruition in the form of the first-ever launch of a network camera – “NetEye”, AXIS 200 Network Camera.

So who was the first customer?

“We had an indirect business model, but we did get tech support calls and end-user leads. One such was from Steve Wozniak, the other founder of Apple, who gave us the first support call. It turned out he had a good bunch of AXIS 200.”, says Martin.

Many big, new inventions are misunderstood, and the first network camera faced the same challenge.

“I had two moments that helped me realized we were onto something great. The first time was, when we visited the Ifsec tradeshow in England in the spring of 1996 before the AXIS 200 was launched and we saw that everything was analog. Either the industry would remain analog, or we were onto something big. The second time was at the same tradeshow in 1998 when we showcased the camera and it became clear that people underestimated us. They thought that we were into cheap webcams and on the wrong tradeshow.”, says Martin. 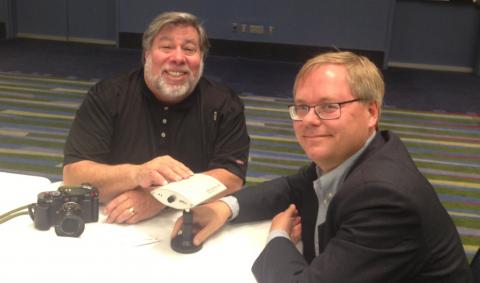 Selling the first cameras and the birth of the ARTPEC chipset

“When we first started working on AXIS 200, we did it because we could, not because of market requirements. But as soon as we went to the security shows, such as Ifsec, we realized that the existing technology was outdated (as it was mainly analog) and so was the business model of the video surveillance industry.”, explains Martin.

At the time, it was a common business model that companies would leave it to manufacturer reps to sell the products directly to the integrators and end-users. Unlike many other companies, Axis had a legacy of being an IT company with a very strict two-tier model, which meant that the company only sold its products to distributors who then sold them to integrators. There were no exceptions. Since network cameras required an eco-system of software, servers, switches and routers, the old model was not applicable and most important, the two-tier business model was a lot more scalable.

Axis started to get more and more deals which made the team confident that they were onto something big. Hence, they decided to invest in the industry’s first dedicated chip for network cameras, the ARTPEC-1 which stands for Axis Real Time Picture Encoding Chip. The ARTPEC name was made up by one of the employees in the Axis marketing department in Boston.

“The investment in the first ARTPEC chip was so significant that, if we hadn’t succeeded, it could have cost us the company. We realised what a great opportunity this would be and continued the development in order to bring the company forward.”, says Martin.

Axis didn’t have to wait long for the reward for this decision: The ARTPEC built the base for the camera business to grow at a very high pace as the cameras were now suitedfor proper video surveillance. The result was an increasing monetary outcome.

The story behind the first design

Moreover, it was the unusual design of the camera that attracted attention as it was not brick-shaped, like all the other cameras back then. This rather odd design had a few side effects.

“It actually had the worst and the best form at the time. The best form, because it ended up on the front page of many computer magazines as it looked so different. The worst form, because we had such problems finding a casing that matched the camera.”, explains Carl-Axel.

“This led to a funny story a little further on in the process, when the camera was already on the market”, says Martin, “One of our tech support guys, Kettil, got a call from a customer who had an AXIS 200 installed in a skiing slope, and the camera didn’t work. At the time, we had some challenges finding a proper enclosure for the camera, as Carl-Axel mentioned. Kettil asked the customer how cold it was, on which the customer told him that it was minus 22 degrees Celsius! Kettil asked what kind of enclosure he used. The customer answered: ‘Enclosure? What enclosure?’ ‘Well… you must have an enclosure if you’re going to have the camera outside….’.” 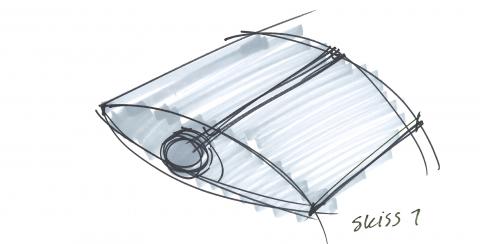 So far, it sounds like a very smooth journey, but like many great inventions, the team had to face a few obstacles as well. Some were rather small, for example when they learned that registering a second trademark for their internal product name “NetEye” would be too expensive, which is why they stuck with AXIS 200. But the team wouldn’t let themselves be put off by some difficulties.

“Quitting was never an option for us. The most important thing was that our division was separated from the rest of Axis, which gave us freedom and space to elaborate with new ideas. I think, otherwise we would have never come that far.”, said Martin.

“I agree”, adds Carl-Axel, “We were a core team of 8-10 people who ran the camera division completely separated from the rest of Axis. We were able to try and learn from our mistakes. But at the same time, it was very practical to have the support from the rest of the company in our back through functions like purchase, sales and finance.”

That realization of using a Web browser as a way to view the camera footage was a true game changer!

The mentioned issues hadn’t included the management so far, which needed to get convinced of a product that didn’t exist at all in the nineties. There were inventions before, but they were mainly extensions or improvements of already existing products and therefore easier to promote – to customers and the management.

“I was presenting to the Axis board of directors and tried to show them that we were onto something big. I mean, that realization of using a Web browser as a way to view the camera footage was a true game changer! This turned later into a Web-server with live pictures. In the end, my deal with Mikael Karlsson and the board was to sell 10,000 units within two years. After those two years, we had reached 14,000. I think, that’s quite good considering it was something completely new”, says Martin.

The numbers spoke for themselves and Martin Gren got his camera business unit. It was the beginning of a new era for Axis.

A small camera for Axis, a giant leap for video surveillance

Fortunately, Martin and Carl-Axel didn’t let these challenges keep them from developing AXIS 200. A device that was the cornerstone to a smarter and safer world through network solutions, which now include network video surveillance, data analytics, access control and audio systems.

It is impressive to see how two ideas can merge and spawn a device like AXIS 200 that changed the landscape of the surveillance market forever. Nobody, not even the developer themselves could have ever dreamt of where this would lead twenty-three years later: The network camera was not only the stepping stone for new technology but also the base for many interesting and complex use cases.

When you’re listening to the two inventors, it becomes clear that they love what they’re doing.

“I have been at Axis for over 25 years and have seen the thermal cameras, the modular cameras and radar come to life. I still have the same role as developer engineer, since I’m a bit of a crazy inventor like ‘Gyro Gearloose’. Developing new, fun things drives me. Things that can be sold in great volumes. I don’t like developing products that just become a craze. Something that turns out to be good and that customer like.”, says Carl-Axel with a smile. 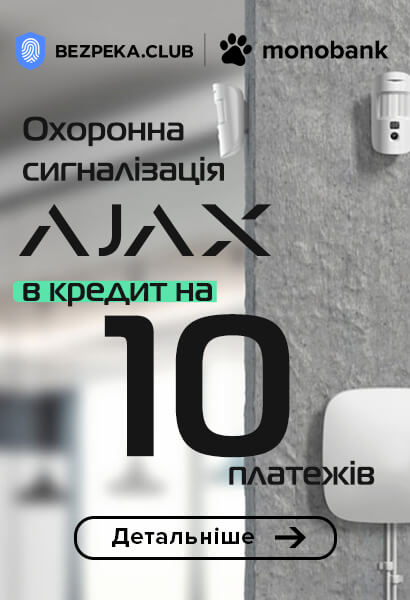 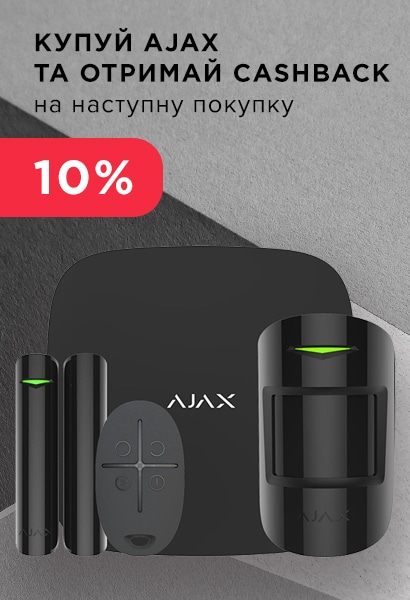